See the bottom of the page for some great history and more information about the Southern Railway (SR). 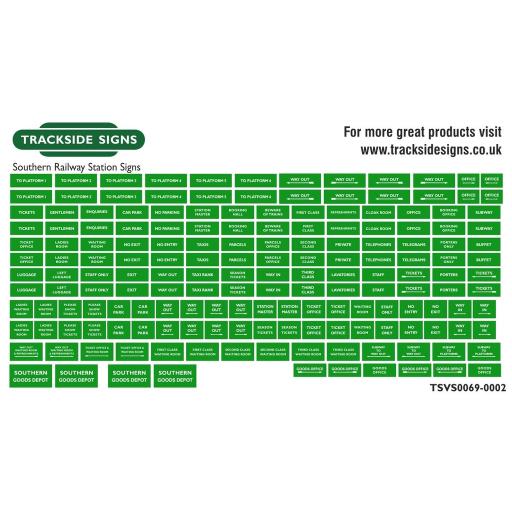 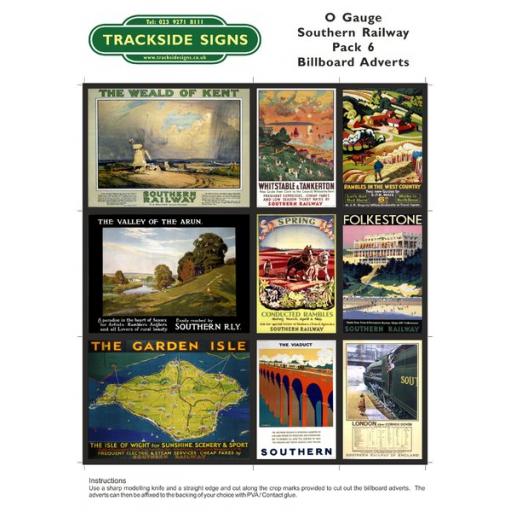 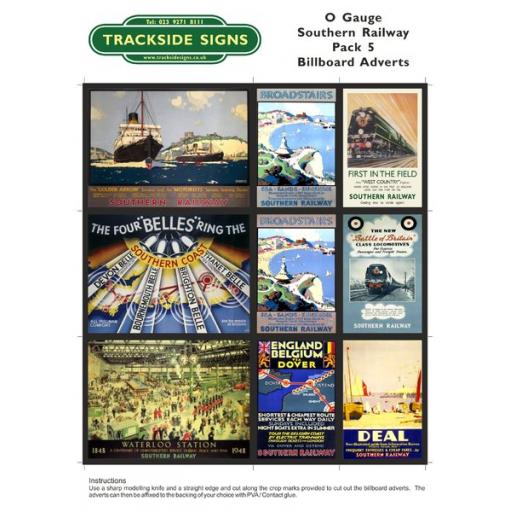 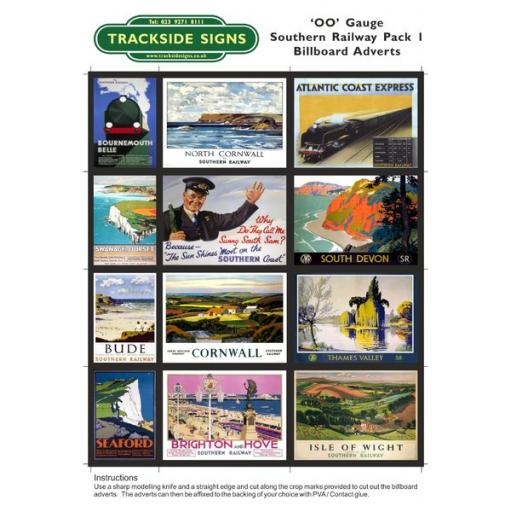 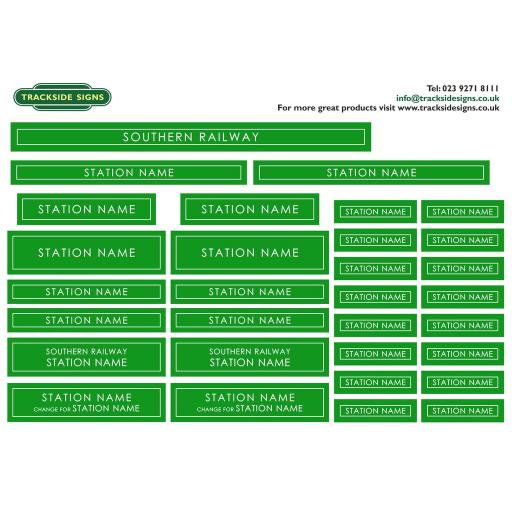 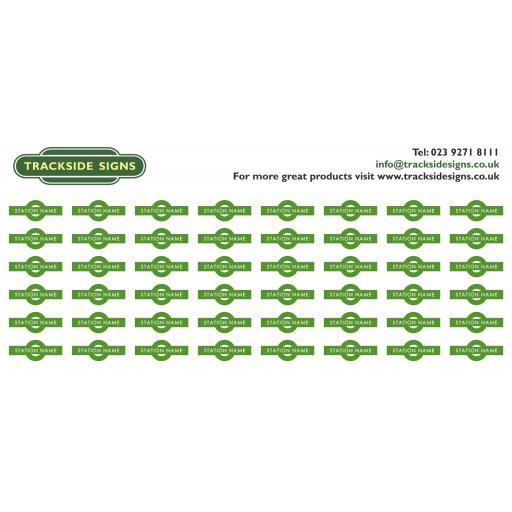 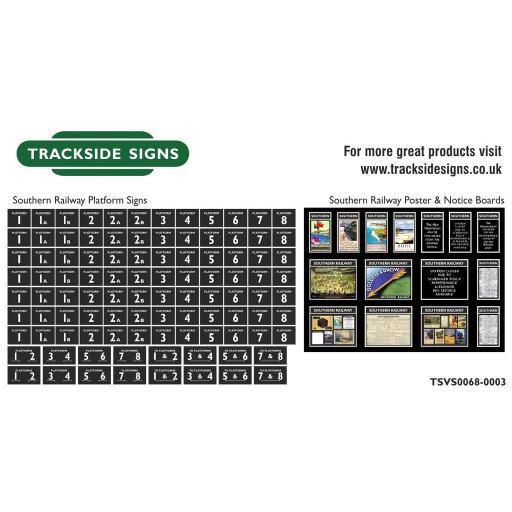 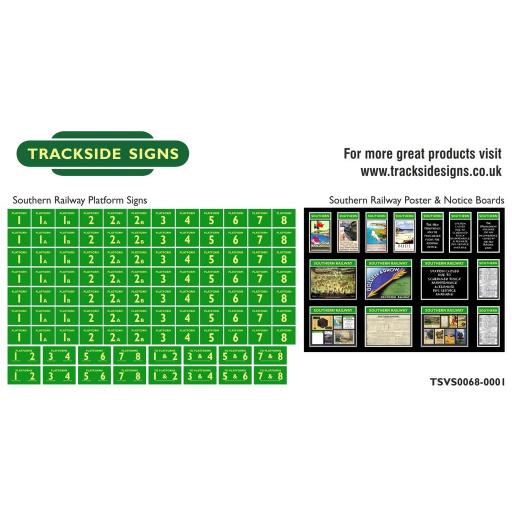 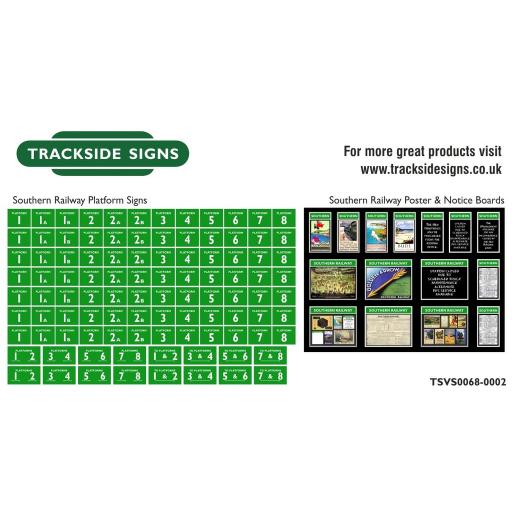 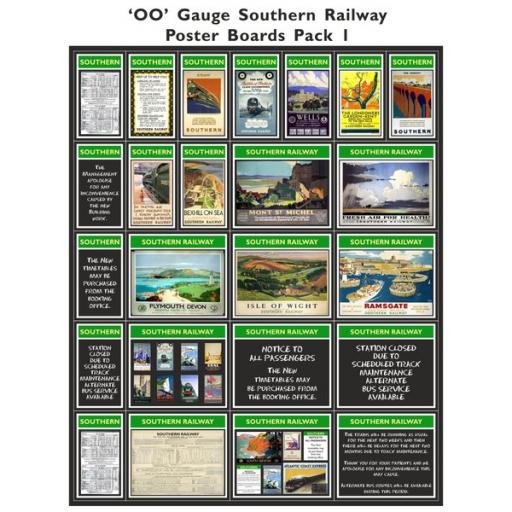 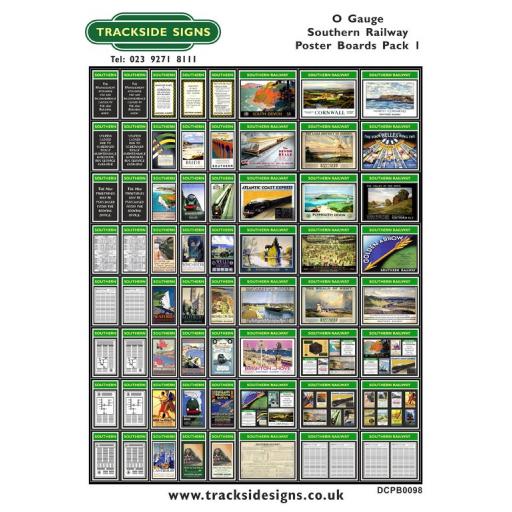 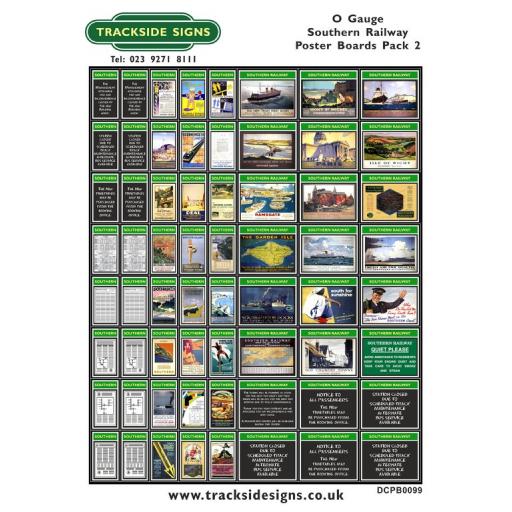 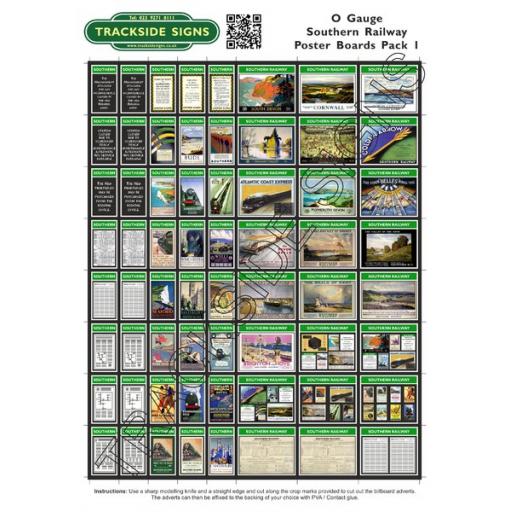 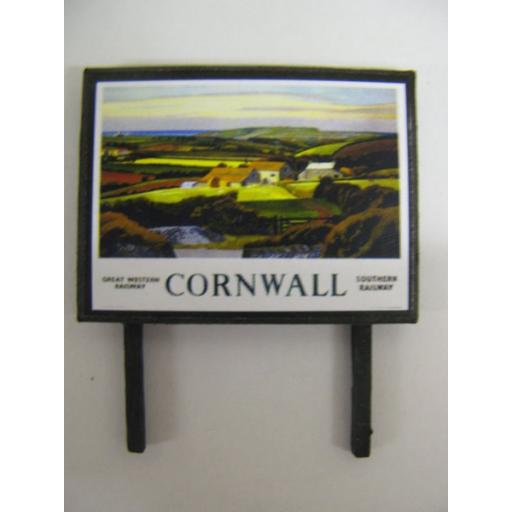 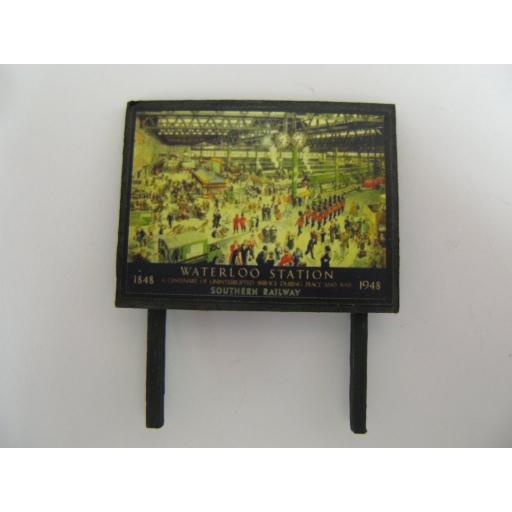 The Gateway To The Continent - Southern Railway 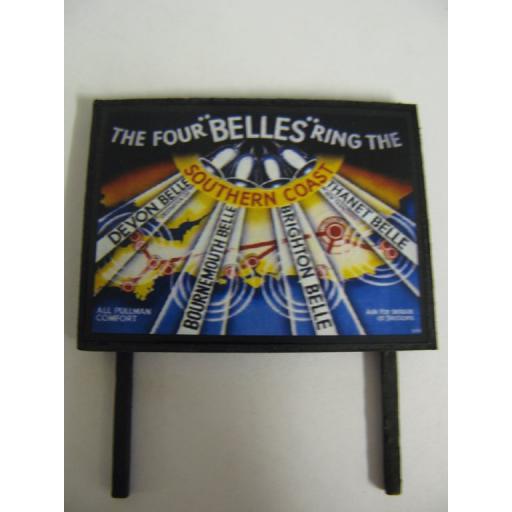 The Southern Railway (SR), sometimes shortened to 'Southern', was a British railway company established in the 1923 Grouping. It linked London with the Channel ports, South West England, South coast resorts and Kent. The railway was formed by the amalgamation of several smaller railway companies, the largest of which were the London & South Western Railway (LSWR), the London, Brighton and South Coast Railway (LB&SCR) and the South Eastern and Chatham Railway (SE&CR).[1] The construction of what was to become the Southern Railway began in 1838 with the opening of the London and Southampton Railway, which was renamed the London & South Western Railway.

The railway was noted for its astute use of public relations and a coherent management structure headed by Sir Herbert Walker.[1] At 2,186 miles (3,518 km), the Southern Railway was the smallest of the Big Four railway companies and, unlike the others, the majority of its revenue came from passenger traffic rather than freight. It created what was at that time the world's largest electrified main line railway system and the first electrified inter-city route (London—Brighton). There were two Chief Mechanical Engineers; Richard Maunsell between 1923 and 1937 and Oliver Bulleid from 1937 to 1948, both of whom designed new locomotives and rolling stock to replace much of that which was inherited in 1923. The Southern Railway played a vital role in the Second World War, embarking the British Expeditionary Force, during the Dunkirk operations, and supplying Operation Overlord in 1944; because the railway was primarily a passenger network, its success was an even more remarkable achievement.

The Southern Railway operated a number of famous named trains, including the Brighton Belle, the Bournemouth Belle, the Golden Arrow and the Night Ferry (London - Paris and Brussels). The West Country services were dominated by lucrative summer holiday traffic and included named trains such as the Atlantic Coast Express and the Devon Belle. The company's best-known livery was highly distinctive: locomotives and carriages were painted in a bright malachite green above plain black frames, with bold, bright yellow lettering. The Southern Railway was nationalised in 1948, becoming the Southern Region of British Railways.

Constituent companies and formation in 1923

See also: List of constituent companies of the Southern Railway

Four important railway companies operated along the south coast of England prior to 1923 – the London & South Western Railway (LSWR), the London, Brighton and South Coast Railway (LBSCR), and the South Eastern Railway and the London Chatham and Dover Railway. (The last two had formed a working union known as the South Eastern and Chatham Railway (SECR) in 1899.) These companies were amalgamated, together with several small independently operated lines and non-working companies, to form the Southern Railway in 1923, which operated 2186 route miles (3518 km) of railway. The new railway also partly owned several joint lines, notably the East London Railway, the West London Extension Joint Railway, the Somerset and Dorset Joint Railway and the Weymouth and Portland Railway.

The first main line railway in southern England was the London and Southampton Railway, (renamed LSWR in 1838), which completed its line in May 1840. It was quickly followed by the London and Brighton Railway (September 1841), and the South Eastern Railway (formerly the South Eastern and Dover Railway) in February 1844. The LSWR branched out to destinations including Portsmouth, Salisbury and later Exeter and Plymouth. It grew to be the largest of the four constituent companies. The LBSCR was a smaller railway than its LSWR neighbour, serving the port of Newhaven and several popular holiday resorts on the south coast and operating much of the south London suburban network. It had been almost bankrupt in 1867, but, during the last twenty-five years of its existence, it had been well-managed and profitable. It had begun to electrify routes around London (using an overhead line system) from 1909 to compete with the new electric trams that were taking away some of its traffic. Finally, the SECR had been created after years of wasteful and damaging competition between the two companies involved, with duplication of routes and services. Both companies had been unpopular with the travelling public and operated poorly-maintained vehicles and infrastructure. Nevertheless, real progress had been made in rectifying this. during the period 1899–1922.

The formation of the Southern Railway was rooted in the outbreak of the First World War, when all British railway companies were taken into government control. Many members of staff joined the armed forces and it was not possible to build and maintain equipment at peacetime levels. After the war. the government considered permanent nationalisation. but instead decided on a compulsory amalgamation of the railways into four large groups through the 1921 Railways Act, known as the Grouping. The resultant amalgamation of the four south coast railways to form the Southern Railway meant that several duplicate routes and management structures were inherited. The LSWR had most influence on the new company, although genuine attempts were made to integrate the services and staff after 1923. The rationalisation of the system led to the downgrading of some routes in favour of more direct lines to the channel ports, and the creation of a co-ordinated, but not necessarily centralised form of management, based at the former LSWR headquarters in Waterloo station.

In addition to its railway operations, the Southern Railway inherited several important port and harbour facilities along the south coast, including Southampton, Newhaven and Folkestone. It also ran services to the harbours at Portsmouth, Dover and Plymouth. These had come into being for handling ocean-going and cross-channel passenger traffic and the size of the railway-owned installations reflected the prosperity that the industry generated. This source of traffic, together with the density of population served in the London suburbs, ensured that the Southern would be a predominantly passenger-orientated railway.

In 1923, the Southern Railway took over 24+1⁄2 route miles (39.4 km) of railway electrified with overhead line at 6.7 kV, 57 route miles (92 km) of railway electrified with a third rail at 660 V DC, and the 1+1⁄2-mile (2.4 km) long underground Waterloo & City Railway. The route mileage of third rail electrification was to more than double in 1925 when the current was switched on on the routes to Guildford, Dorking and Effingham and the route from Victoria and Holborn Viaduct to Orpington via Herne Hill and the Catford Loop. In 1926, electric trains started to run on the South Eastern Main Line route to Orpington and the three lines to Dartford using the 3rd rail system. On 9 August 1926, the Southern announced that the DC system was to replace the AC system and the last AC train ran on 29 September 1929. Including the London Bridge to East Croydon route, electrified in 1928, by the end of 1929, the Southern operated over 277+1⁄2 route miles (446.6 km) of third rail electrified track and in that year ran 17.8 million electric train miles.

One new electrified line was built, the Wimbledon and Sutton Railway, being opened in 1929/1930. Most of the area immediately south of London was converted, together with the long-distance lines to Brighton, Eastbourne, Hastings (via the LBSCR line), Guildford, Portsmouth and Reading, between 1931 and 1939. This was one of the world's first modern mainline electrification schemes. On the former SECR routes, the lines to Sevenoaks and Maidstone were electrified by 1939. The routes to the Kent Coast were next in line for electrification and would have been followed by the electrification of the Southampton/Bournemouth route. The Second World War delayed these plans until the late 1950s and 1967 respectively. Although not in the Southern's original plans, electrification was extended from Bournemouth to Weymouth in 1988.

Economic crisis of the 1930s

The post-Wall Street Crash affected South Eastern England far less than other areas. The investment the company had already made in modernising the commuter network ensured that the Southern Railway remained in good financial health relative to the other railway companies despite the Depression. However, any available funds were devoted to electrification programme, and this marked the end of the first period under Chief Mechanical Engineer (CME) Richard Maunsell when the Southern Railway led the field in steam locomotive design. The lack of funds affected the development of new, standardised motive power, and it would take until the Second World War for the Southern Railway to take the initiative in steam locomotive design once again.

During the Second World War, the Southern Railway's proximity to the Channel ports meant that it became vital to the Allied war effort. Holidaymakers using the lines to the Channel ports and the West Country were replaced by troops and military supplies, especially with the threat of a German invasion of the south coast in 1940. Before hostilities, 75% of traffic was passenger, compared with 25% freight; during the war roughly the same number of passengers was carried, but freight grew to 60% of total traffic. A desperate shortage of freight locomotives was remedied by CME Oliver Bulleid, who designed a fleet of 40 Q1 class locomotives to handle the high volumes of military traffic. The volume of military freight and soldiers moved by a primarily commuter and holidaymaker carrying railway was a breathtaking feat.

When the threat of invasion receded, the Southern Railway again became vital for the movement of troops and supplies preparing for the invasion of Normandy in Operation Overlord. This came at a cost, as the Southern Railway's location around London and the Channel ports meant that it was subjected to heavy bombing, whilst permanent way, locomotive, carriage and wagon maintenance was deferred until peacetime.

After a period of slow recovery in the late 1940s, the war-devastated company was nationalised along with the rest of the railway network in 1948 and incorporated into British Railways. The Southern Railway retained a separate identity as the Southern Region of British Railways. The Southern Railway Company continued to exist as a legal entity until it went into voluntary liquidation on 10 June 1949, having satisfied the requirements of Sections 12, 13 and 24 of the Transport Act 1947 to ensure that all assets had been transferred to the British Transport Commission or otherwise properly distributed. Many lines in London and Kent had been damaged during the war and much rolling stock was either damaged or in need of replacement. Just prior to nationalisation, the Southern Railway had started a vigorous renewal programme, and this was continued throughout the early 1950s.