See the bottom of the page for some great history and more information about the LNER. 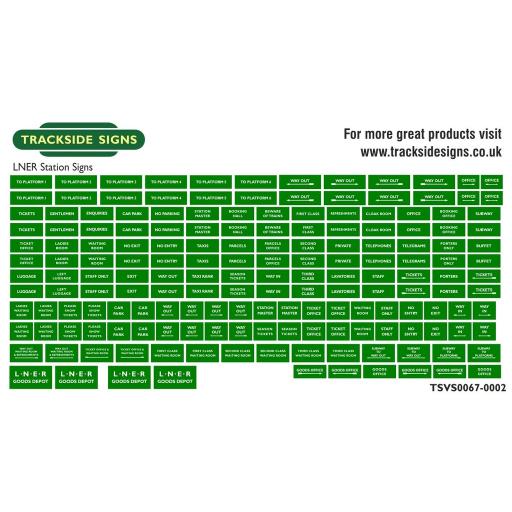 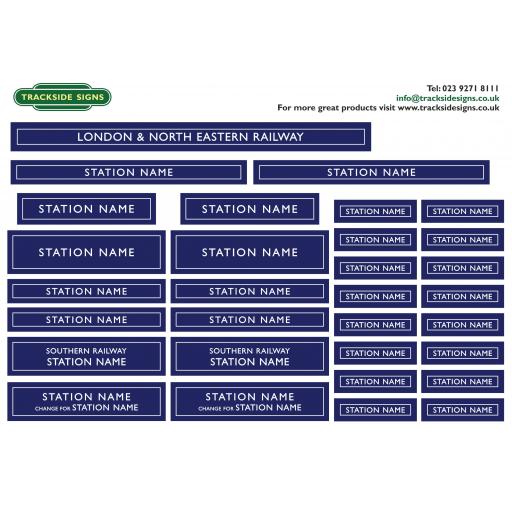 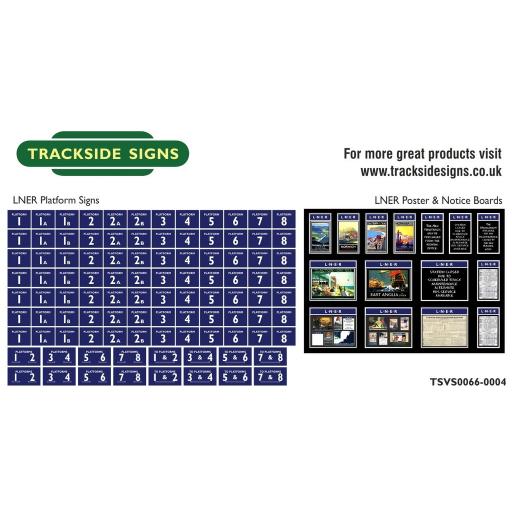 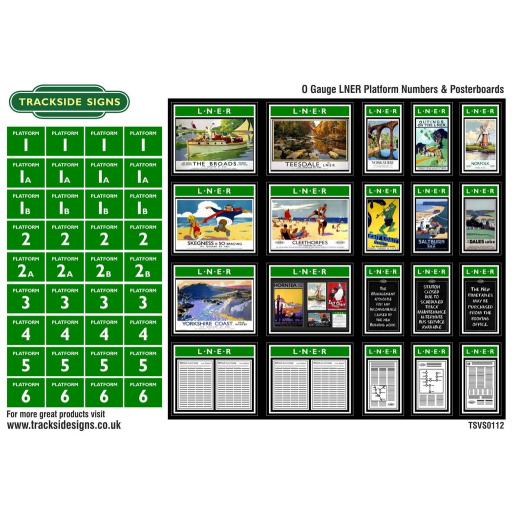 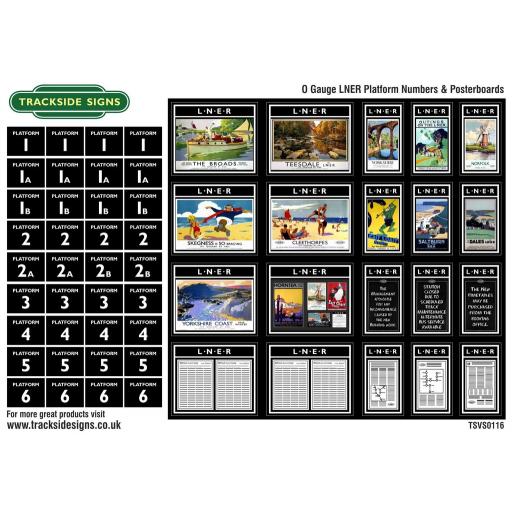 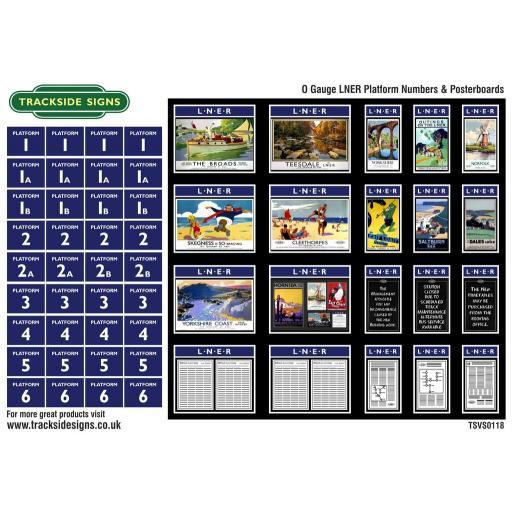 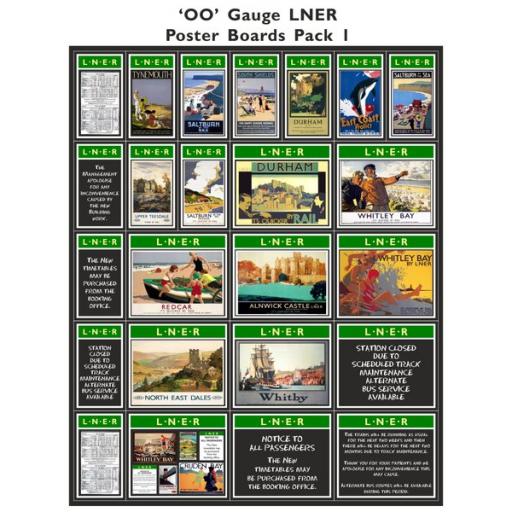 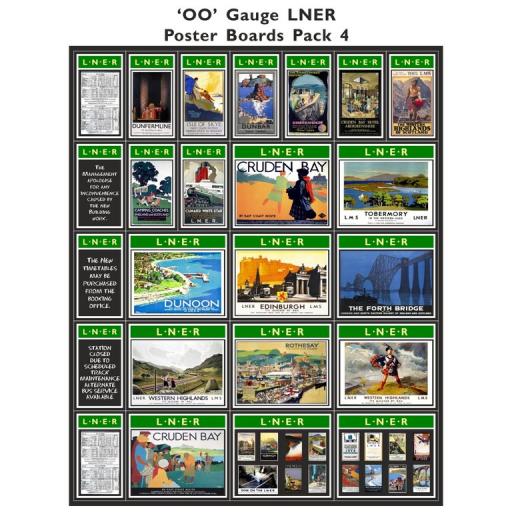 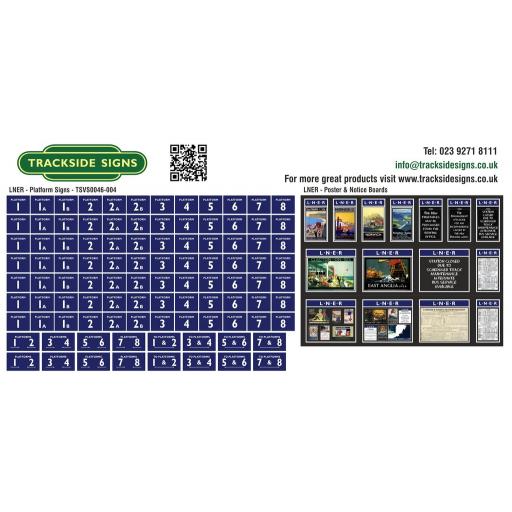 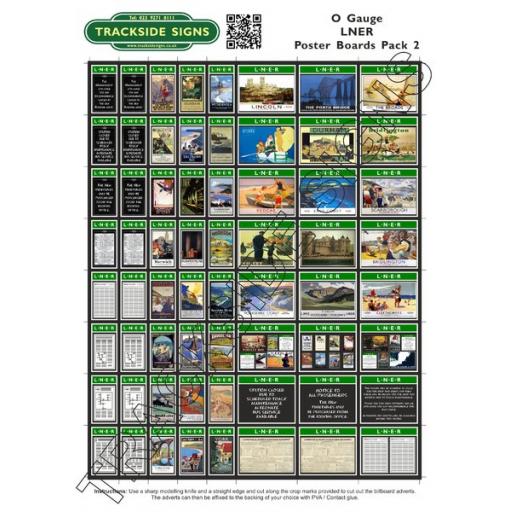 The company was the second largest created by the Railways Act 1921. The principal constituents of the LNER were:

It covered the area north and east of London. It included the East Coast Main Line from London to Edinburgh via York and Newcastle upon Tyne and the routes from Edinburgh to Aberdeen and Inverness. Most of the country east of the Pennines was within its purview, including East Anglia. The main workshops were in Doncaster, with others at Darlington, Inverurie and Stratford, London.

In partnership with the London, Midland and Scottish Railway (LMS), the LNER was co-owner of the Midland and Great Northern Joint Railway, the UK's biggest joint railway, much of which competed with the LNER's own lines. The M&GNJR was incorporated into the LNER in 1936. In 1933, on the formation of the London Passenger Transport Board, the LNER acquired the remaining operations of the Metropolitan Railway Company.

The LNER was the majority partner in the Cheshire Lines Committee and the Forth Bridge Railway Company.

It depended on freight from heavy industry in Yorkshire, the north east of England and Scotland, and its revenue was reduced by the economic depression for much of the early part of its existence. In a bid to improve financial efficiency, staffing levels reduced from 207,500 in 1924 to 175,800 in 1937. For investment to retain freight traffic, new marshalling yards were built in Whitemoor in Cambridgeshire, and Hull in Yorkshire to attempt to retain freight traffic.

For passenger services, Sir Nigel Gresley, the Chief Mechanical Engineer built new powerful locomotives and new coaches. Later developments such as the streamlined Silver Jubilee train of 1935 were exploited by the LNER publicity department, and embedded the non-stop London to Edinburgh services such as the Flying Scotsman in the public imagination. The crowning glory of this time was the world record speed of 126 miles per hour (203 km/h) achieved on a test run by LNER Class A4 4468 Mallard.

In 1929, the LNER chose the typeface Gill Sans as the standard typeface for the company. Soon it appeared on every facet of the company's identity, from metal locomotive nameplates and hand-painted station signage to printed restaurant car menus, timetables and advertising posters. The LNER promoted their rebranding by offering Eric Gill a footplate ride on the Flying Scotsman express service; he also painted for it a signboard in the style of Gill Sans, which survives in the collection of the St Bride Library. Gill Sans was retained by the Railway Executive in 1949 and was the official typeface until British Rail replaced it in the mid 1960s with Rail Alphabet.

The company took up the offer in 1933 of government loans at low interest rates and electrified the lines from Manchester to Sheffield and Wath yard, and also commuter lines in the London suburban area.

It took shares in a large number of bus companies, including for a time a majority stake in United Automobile Services Ltd. In Halifax and Sheffield, it participated in Joint Omnibus Committees with the LMS and the Corporation.

In 1935, with the LMS, Wilson Line of Hull and others it formed the shipping company Associated Humber Lines Ltd.

In 1938 it was reported that the LNER, with 800 mechanical horse tractors, was the world's largest owner of this vehicle type.

The LNER operated a number of ships.

The most common liveries were lined apple green on passenger locomotives (much lighter and brighter than the green used by the Great Western Railway) and unlined black on freight locomotives, both with gold lettering. Passenger carriages were generally varnished teak (wood) finish; the few metal-panelled coaches were painted to represent teak.

Some special trains and A4 Pacific locomotives were painted differently, including silver-grey and garter blue.

The LNER covered quite an extensive area of Britain, from London through East Anglia, the East Midlands and Yorkshire to the north east of England and Scotland. The 1923 grouping meant that former rivals within the LNER had to work together. The task of creating an instantly recognisable public image went to William M. Teasdale, the first advertising manager. Teasdale was influenced by the philosophies and policies of Frank Pick, who controlled the style and content of the London Underground's widely acclaimed poster advertising. Teasdale did not confine his artists within strict guidelines but allowed them a free hand. William Barribal designed a series of bold Art Deco posters in the 1920s and 1930s. When Teasdale was promoted to Assistant General Manager, this philosophy was carried on by Cecil Dandridge who succeeded him and was the Advertising Manager until nationalisation in 1948. Dandridge was largely responsible for the adoption of the Gill Sans typeface, later adopted by British Railways.

The LNER was a very industrial company: hauling more than a third of Britain's coal, it derived two thirds of its income from freight. Despite this, the main image presented was one of glamour, of fast trains and sophisticated destinations. Advertising was highly sophisticated and advanced compared with those of its rivals. Teasdale and Dandridge commissioned top graphic designers and poster artists such as Tom Purvis to promote its services and encourage the public to visit the holiday destinations of the east coast in the summer.

Chairmen of the Board

The company was nationalised in 1948 along with the rest of the railway companies of Great Britain to form British Railways. It continued to exist as a legal entity for nearly two more years, being formally wound up on 23 December 1949.

On the privatisation of British Rail in 1996, the franchise to run long distance express trains on the East Coast Main Line was won by Sea Containers Ltd, who named the new operating company Great North Eastern Railway (GNER), a name and initials deliberately chosen to echo the LNER.