See the bottom of the page for some great history and more information about British Railways. 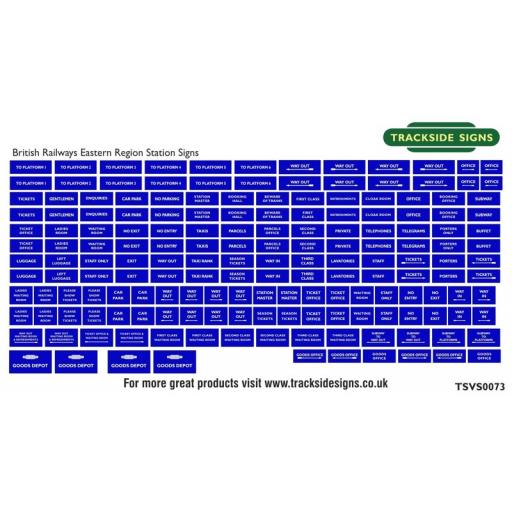 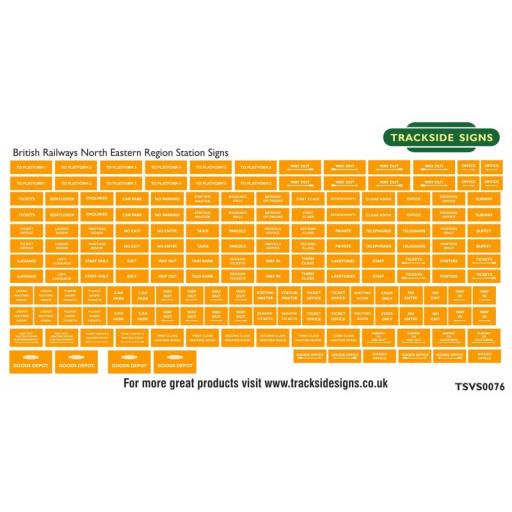 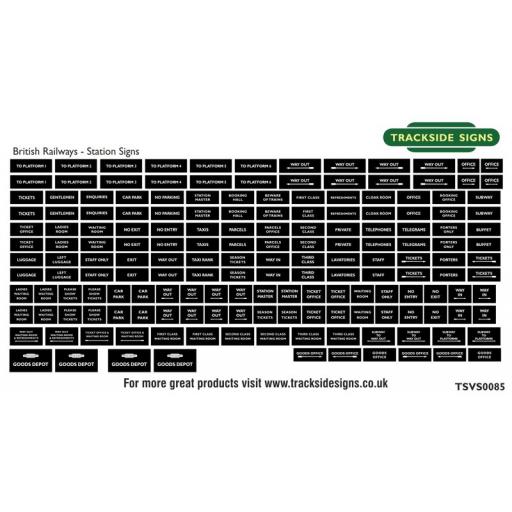 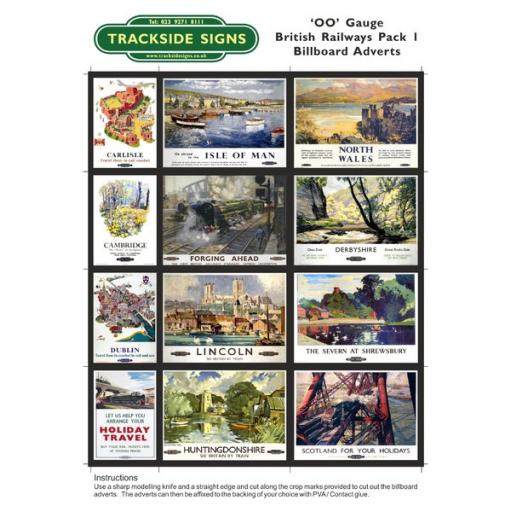 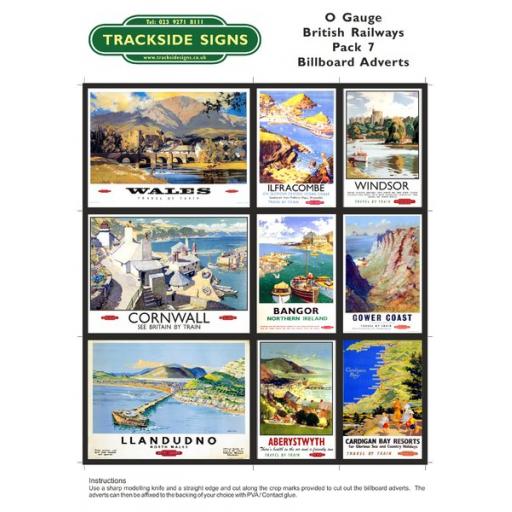 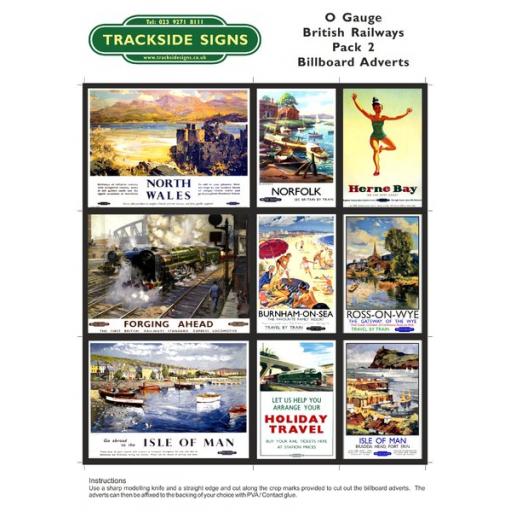 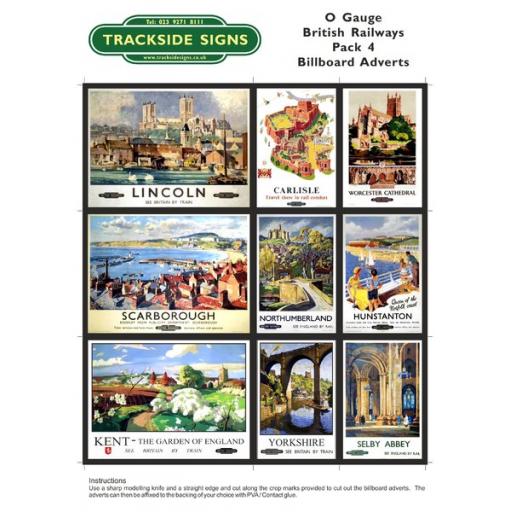 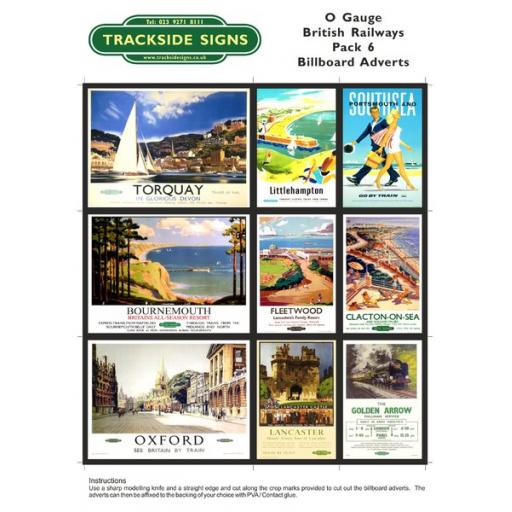 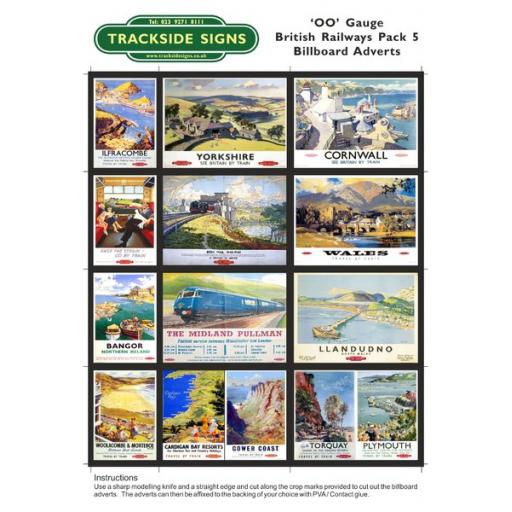 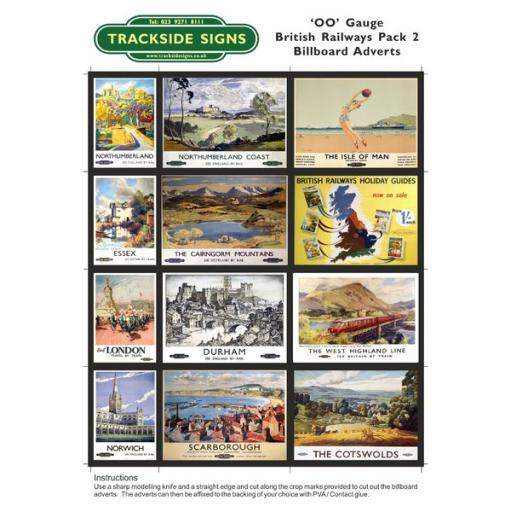 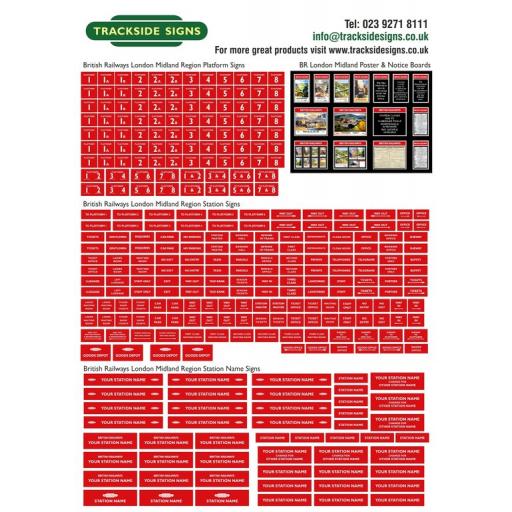 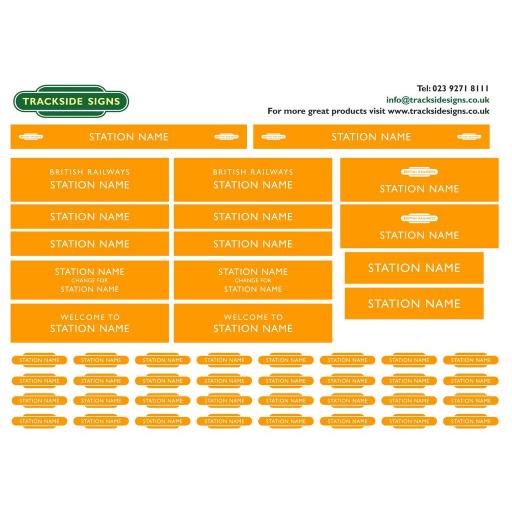 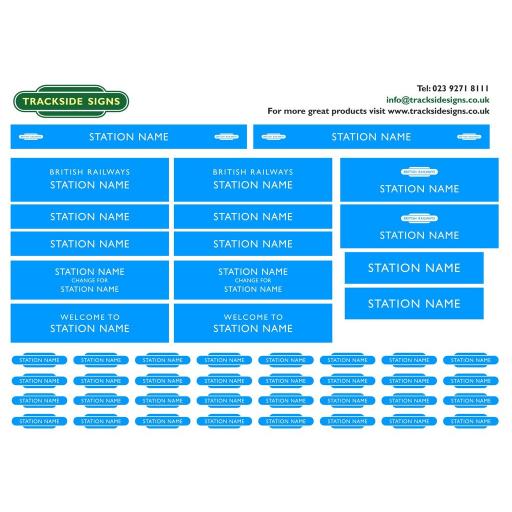 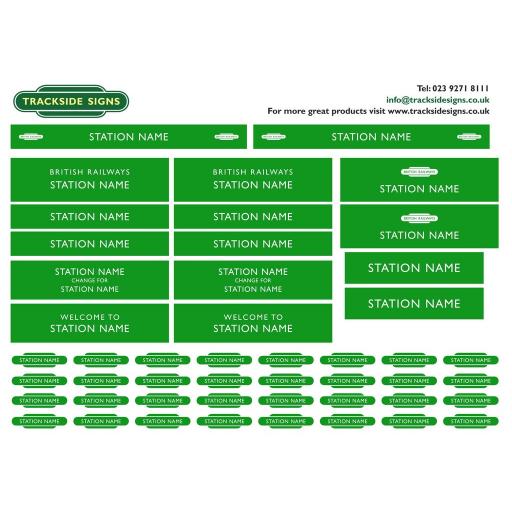 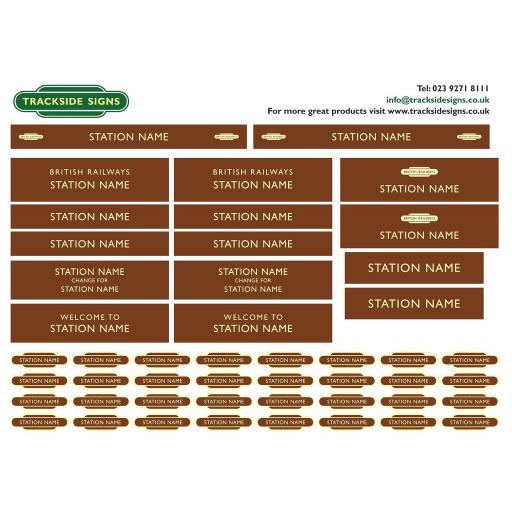 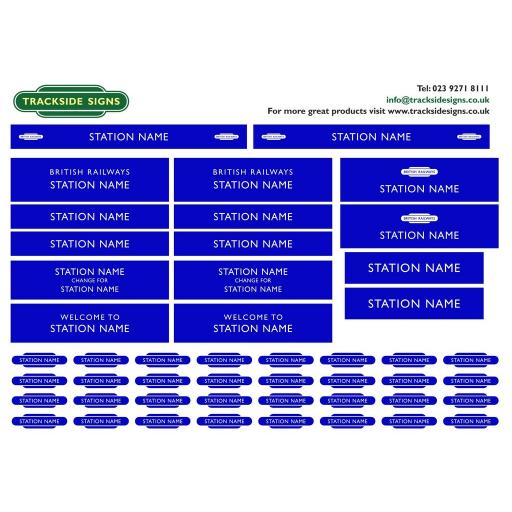 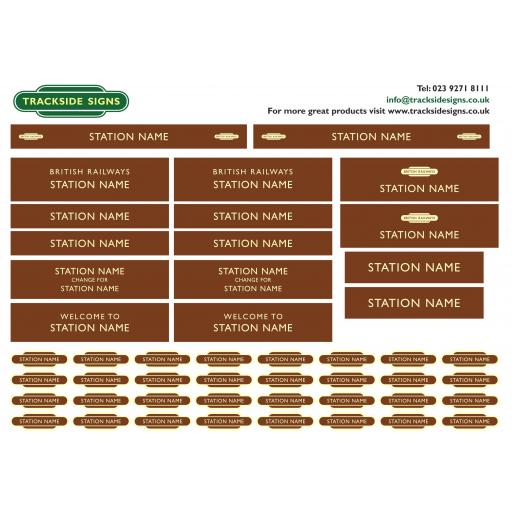 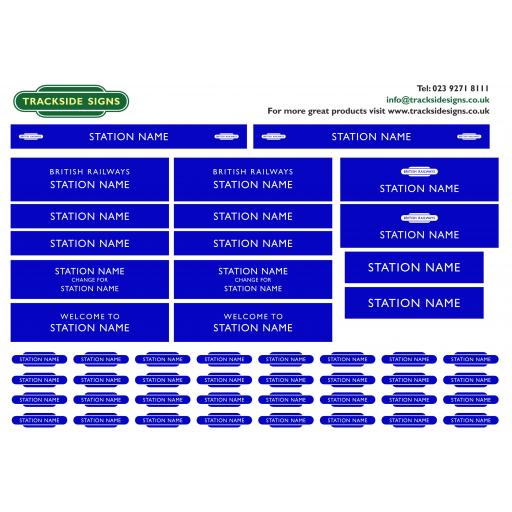 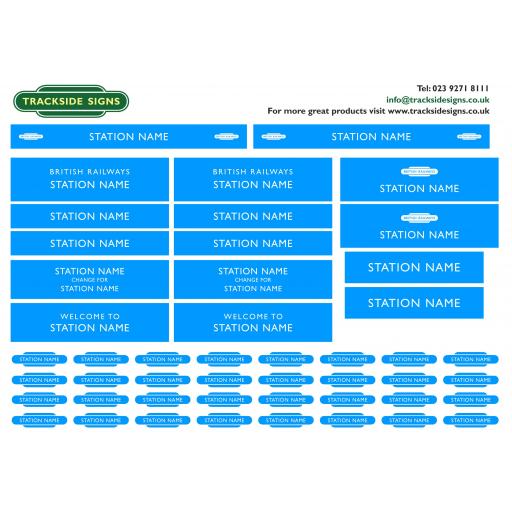 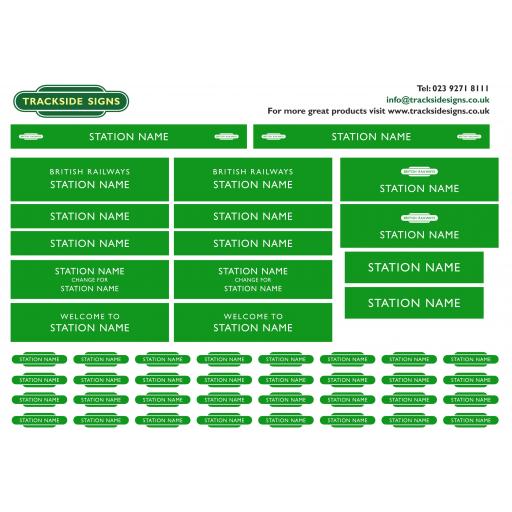 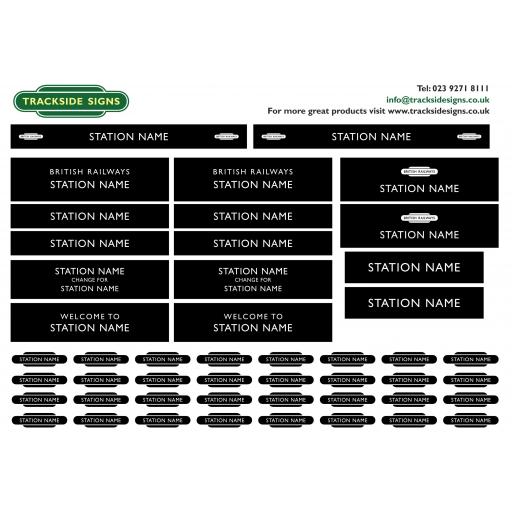 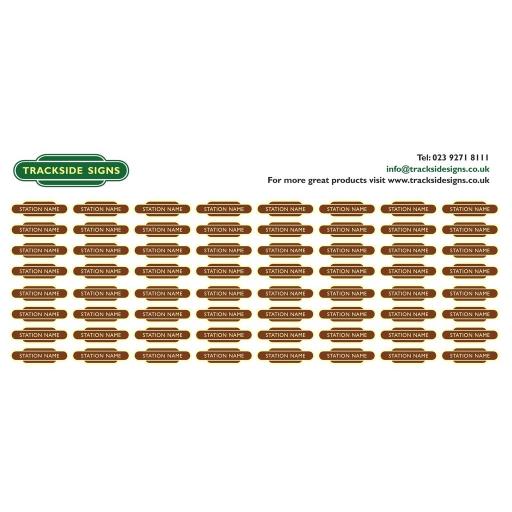 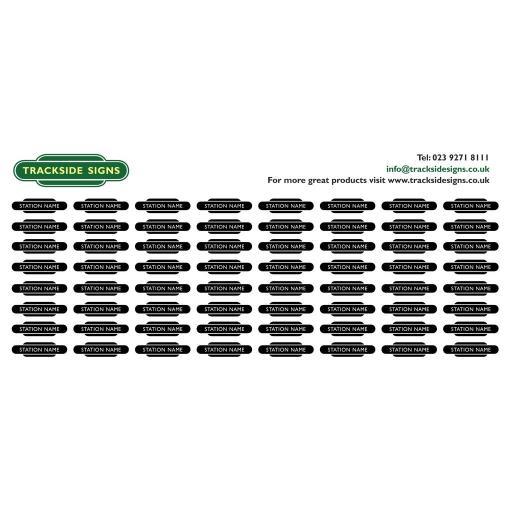 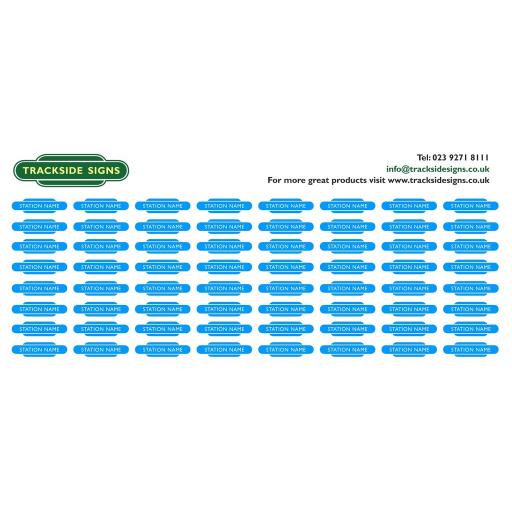 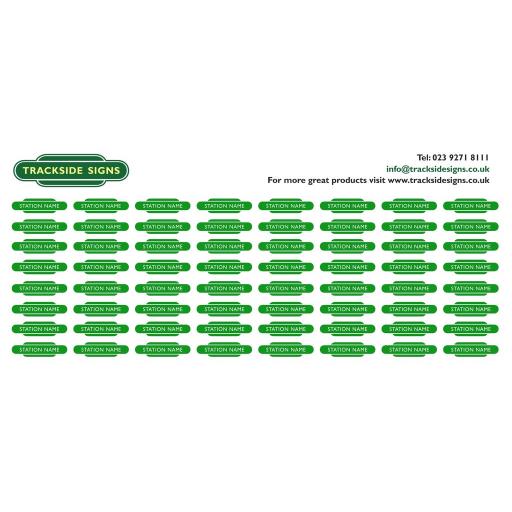 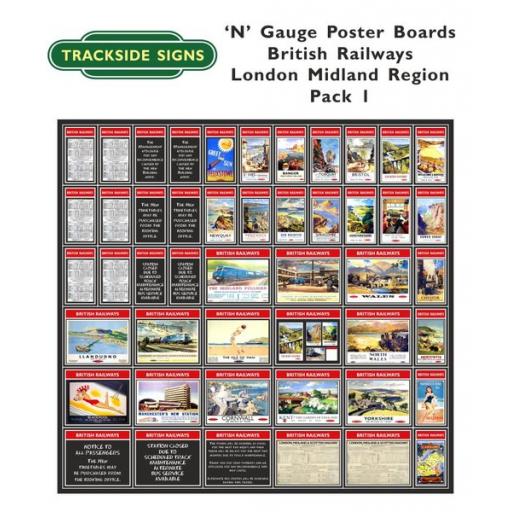 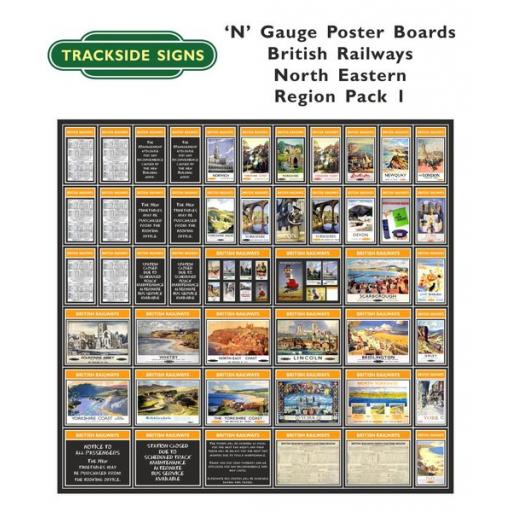 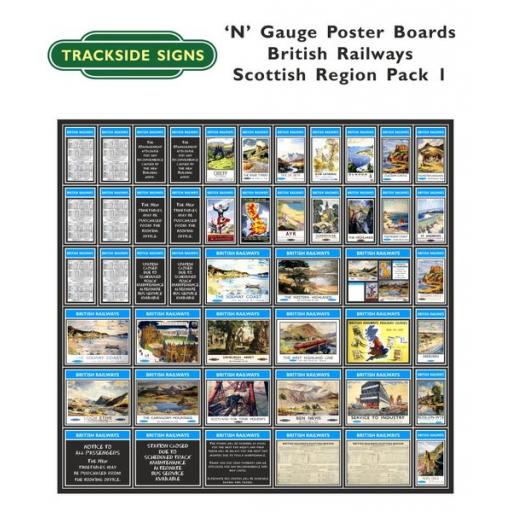 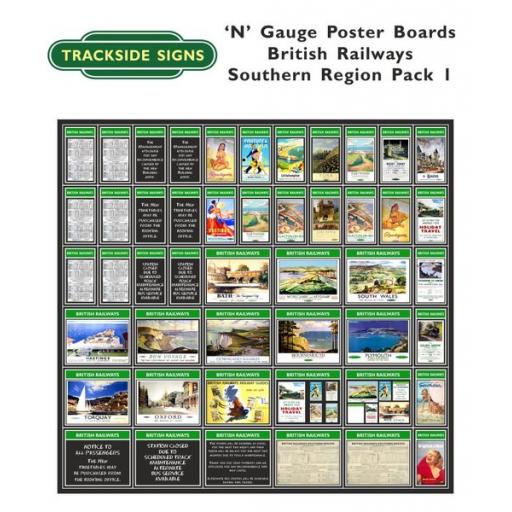 The rail transport system in Great Britain developed during the 19th century. After the grouping of 1923 under the Railways Act 1921, there were four large railway companies, each dominating its own geographic area: the Great Western Railway (GWR), the London, Midland and Scottish Railway (LMS), the London and North Eastern Railway (LNER) and the Southern Railway (SR). During World War I the railways were under state control, which continued until 1921. Complete nationalisation had been considered, and the Railways Act 1921 is sometimes considered as a precursor to that, but the concept was rejected. Nationalisation was subsequently carried out after World War II, under the Transport Act 1947. This Act made provision for the nationalisation of the network, as part of a policy of nationalising public services by Clement Attlee's Labour Government. British Railways came into existence as the business name of the Railway Executive of the British Transport Commission (BTC) on 1 January 1948 when it took over the assets of the Big Four.

There were also joint railways between the Big Four and a few light railways to consider (see list of constituents of British Railways). Excluded from nationalisation were industrial lines like the Oxfordshire Ironstone Railway. The London Underground – publicly owned since 1933 – was also nationalised, becoming the London Transport Executive of the British Transport Commission. The Bicester Military Railway was already run by the government. The electric Liverpool Overhead Railway was also excluded from nationalisation.

The Railway Executive was conscious that some lines on the (then very dense) network were unprofitable and hard to justify socially, and a programme of closures began almost immediately after nationalisation. However, the general financial position of BR became gradually poorer, until an operating loss was recorded in 1955. The Executive itself had been abolished in 1953 by the Conservative government, and control of BR transferred to the parent Commission. Other changes to the British Transport Commission at the same time included the return of road haulage to the private sector.

British Railways was divided into regions which were initially based on the areas the former Big Four operated in; later, several lines were transferred between regions. Notably, these included the former Great Central lines from the Eastern Region to the London Midland Region, and the West of England Main Line from the Southern Region to Western Region

The North Eastern Region was merged with the Eastern Region in 1967. In 1982, the regions were abolished and replaced by "business sectors", a process known as sectorisation.

The report, latterly known as the "Modernisation Plan", was published in January 1955. It was intended to bring the railway system into the 20th century. A government White Paper produced in 1956 stated that modernisation would help eliminate BR's financial deficit by 1962, but the figures in both this and the original plan were produced for political reasons and not based on detailed analysis. The aim was to increase speed, reliability, safety, and line capacity through a series of measures that would make services more attractive to passengers and freight operators, thus recovering traffic lost to the roads.

The government appeared to endorse the 1955 programme (costing £1.2 billion), but did so largely for political reasons. This included the withdrawal of steam traction and its replacement by diesel (and some electric) locomotives. Not all the modernisations would be effective at reducing costs. The dieselisation programme gave contracts primarily to British suppliers, who had limited experience of diesel locomotive manufacture, and rushed commissioning based on an expectation of rapid electrification; this resulted in numbers of locomotives with poor designs, and a lack of standardisation. At the same time, containerised freight was being developed. The marshalling yard building programme was a failure, being based on a belief in the continued viability of wagon-load traffic in the face of increasingly effective road competition, and lacking effective forward planning or realistic assessments of future freight. A 2002 documentary broadcast on BBC Radio 4 blamed the 1950s decisions for the "beleaguered" condition of the railway system at that time.

During the late 1950s, railway finances continued to worsen, whilst passenger numbers grew after restoring many services reduced during the war, and in 1959 the government stepped in, limiting the amount the BTC could spend without ministerial authority. A White Paper proposing reorganisation was published in the following year, and a new structure was brought into effect by the Transport Act 1962. This abolished the commission and replaced it by several separate boards. These included a British Railways Board, which took over on 1 January 1963.

Following semi-secret discussions on railway finances by the government-appointed Stedeford Committee in 1961, one of its members, Dr Richard Beeching, was offered the post of chairing the BTC while it lasted, and then becoming the first Chairman of the British Railways Board.

A major traffic census in April 1961, which lasted one week, was used in the compilation of a report on the future of the network. This report—The Reshaping of British Railways—was published by the BRB in March 1963. The proposals, which became known as the Beeching cuts, were dramatic. A third of all passenger services and more than 4,000 of the 7,000 stations would close. Beeching, who is thought to have been the author of most of the report, set out some dire figures. One third of the network was carrying just 1% of the traffic. Of the 18,000 passenger coaches, 6,000 were said to be used only 18 times a year or less. Although maintaining them cost between £3m and £4m a year, they earned only about £0.5m.

Most of the closures were carried out between 1963 and 1970 (including some which were not listed in the report) while other suggested closures were not carried out. The closures were heavily criticised at the time. A small number of stations and lines closed under the Beeching programme have been reopened, with further reopenings proposed.

A second Beeching report, "The Development of the Major Trunk Routes", followed in 1965. This did not recommend closures as such, but outlined a "network for development". The fate of the rest of the network was not discussed in the report.

The basis for calculating passenger fares changed in 1964. In future, fares on some routes—such as rural, holiday and commuter services—would be set at a higher level than on other routes; previously, fares had been calculated using a simple rate for the distance travelled, which at the time was 3d per mile second class, and 4½d per mile first class (equivalent to £0.26 and £0.38 respectively, in 2021).

In 1966, a "Whites only" recruitment policy for guards at Euston station was dropped after the case of Asquith Xavier, a migrant from Dominica, who had been refused promotion on those grounds, was raised in Parliament and taken up by the then Secretary of State for Transport, Barbara Castle.

Passenger levels decreased steadily from 1962 to the late 1970s, and reached a low in 1982. Network improvements included completing electrification of the Great Eastern Main Line from London to Norwich between 1976 and 1986 and the East Coast Main Line from London to Edinburgh between 1985 and 1990. A main line route closure during this period of relative network stability was the 1500 V DC-electrified Woodhead line between Manchester and Sheffield: passenger service ceased in 1970 and goods in 1981.

The 1980s and 1990s saw the closure of some railways which had survived the Beeching cuts a generation earlier, but which had seen passenger services withdrawn. This included the bulk of the Chester and Connah's Quay Railway in 1992, the Brierley Hill to Walsall section of the South Staffordshire line in 1993, while the Birmingham to Wolverhampton section of the Great Western Railway was closed in three phases between 1972 and 1992.

Because British Railways was such a large operation, running not just railways but also ferries, steamships and hotels, it has been considered difficult to analyse the effects of nationalisation.

Following nationalisation in 1948, British Railways began to adapt the corporate liveries on the rolling stock it had inherited from its predecessor railway companies. Initially, an express blue (followed by GWR-style Brunswick green in 1952) was used on passenger locomotives, and LNWR-style lined black for mixed-traffic locomotives, but later green was more widely adopted.

Development of a corporate identity for the organisation was hampered by the competing ambitions of the British Transport Commission and the Railway Executive. The Executive attempted to introduce a modern Art Deco-style curved logo which could also serve as the standard for station signage totems. BR eventually adopted the common branding of the BTC as its first corporate logo, a lion astride a spoked wheel, designed for the BTC by Cecil Thomas; on the bar overlaid across the wheel, the BTC's name was replaced with the words "British Railways". This logo, nicknamed the "Cycling Lion", was applied from 1948 to 1956 to the sides of locomotives, while the oval style was adopted for station signs across Great Britain, each coloured according to the appropriate BR region, using the Gill Sans font first adopted by LNER in 1923.

In 1956, the BTC was granted a heraldic achievement by the College of Arms and the Lord Lyon, and then BTC chairman Brian Robertson wanted a grander logo for the railways. BR's second corporate logo (1956–1965), designed in consultation with Charles Franklyn, adapted the original, depicting a rampant lion emerging from a heraldic crown and holding a spoked wheel, all enclosed in a roundel with the "British Railways" name displayed across a bar on either side. This emblem soon acquired the nickname of the "Ferret and Dartboard". A variant of the logo with the name in a circle was also used on locomotives.

Despite its nationalisation in 1947 "as one of the 'commanding heights' of the economy", according to some sources British Rail was not profitable for most (if not all) of its history. Newspapers reported that as recently as the 1990s, public rail subsidy was counted as profit; as early as 1961, British Railways were losing £300,000 a day.​​​​